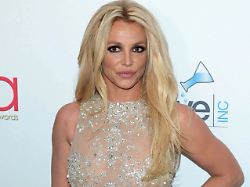 The time when she was under her father’s tutelage is over for Britney Spears. But the time of reckoning is apparently far from over for them. Once again she deploys the heavy artillery against her family. Her mother won’t let that sit on her.

Britney Spears has launched another sweeping attack. In an audio clip she published on her YouTube channel, the singer talks about her past custody for 22 minutes and again raises serious accusations against her own family. Several US media outlets quoted from the clip, which was later removed.

According to the Hollywood Reporter, Spears claims the custody was “intentional”. “I now know that everything was planned and a woman pitched the idea to my mother and father.” The woman then “actually helped make it happen and make everything happen”.

Britney Spears barricaded herself in her home in January 2008 with her children. In the same month she was forcibly admitted to a clinic and a little later incapacitated. Her father, Jamie Spears, was appointed guardian of his daughter by a court. Guardianship ended in November 2021 after 13 years.

Britney Spears now explains that she had “no drugs” and “no alcohol” in her blood at the time. On the contrary, “everything was prepared”. “It was pure assault and I haven’t even told half of it,” explains the 40-year-old. Her father liked to “control everything I did”. He also explicitly told her, “I’m in charge.”

She also needed to be told she was “fat” and had to go to the gym, according to Britney Spears. “I remember feeling so demoralized and feeling like I was nothing.” Out of “fear and dread” she endured all this. “I had to play this part all the time that everything was fine and I had to go with it because I knew they could hurt me,” explains the singer.

She also hands out one more time to the rest of her family. Britney Spears says she was confused by her fans’ ‘Free Britney’ movement. “These people on the street were fighting for me, but my sister and my mother didn’t do anything. It seemed like they secretly liked that I was the bad guy.” Her family “literally killed her,” Britney Spears says. “I felt like my family was throwing me away.”

The response to these allegations was not long in coming. That told Lynne Spears, the mother of the singer, a little later on Instagram. The 67-year-old dismisses her daughter’s accusations: “Britney, I’ve done my best all your life to support your dreams and desires! And I’ve also done my best to help you out of difficult situations!”

Lynne Spears published an old black and white photo with her daughter for the text in her post. At the same time, she assures that she has never turned her back on Britney and won’t in the future. “Your countless rejections make me hopeless. I’ve tried everything. I love you so much, but this conversation is private to you and me,” said Lynne Spears.

It is questionable whether Britney Spears’ relationship with her family will ever be restored. However, lately it seems to be going uphill again for the singer. On June 9, she celebrated her wedding to Sam Asghari on the grounds of her mansion in Thousand Oaks, California. She also starts again musically. Last Friday, she released the duet “Hold Me Closer” with Elton John, her first single in six years.

“I didn’t want a shit storm” Melanie Müller had a stroke at the age of 34 9/23/2022, 8:12 AM Melanie Müller is constantly in use at Ballermann. A stroke of fate put a brake on her career in the summer. The former jungle queen suffers a stroke. Initially, the 34-year-old hid her health problems. Ballermann… Ezra Miller, who will play Barry Allen in his first solo picture, The Flash in June of 2023, is putting the DC Extended Universe in a precarious situation. Even though the picture has been delayed by over five years from its original release date, Miller faces a lot of hardships off-screen as well. According to…

“Life Changing Journey” Jessica Chastain describes her trip to Ukraine 9/2/2022 9:59 PM Several Hollywood stars also show their solidarity with the country invaded by Russia by traveling to Ukraine. One of them is Oscar winner Jessica Chastain. Deeply moved, she now reports on her experiences. Jessica Chastain took a look back on her Instagram…

The Lollapalooza frees itself Berlin shakes its bacon By Volker Probst 09/26/2022, 12:08 PM In fact, it’s almost too late in the year for an open-air festival. But the weather gods are kind – and that’s how the Lollapalooza in Berlin warms up tens of thousands of music lovers. At the end of the first…

relationship with Sussex’ Announces with King Charles III. new Zoff on? 09/12/2022, 09:05 (updated) The death of Queen Elizabeth II could be a turning point in the relationship between Harry and Meghan and the British royal family. After all, Charles uses his first speech as king to express his “love for Harry and Meghan.” But…