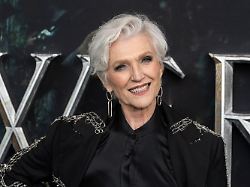 When Maye Musk visits her son in Texas, there is no luxury accommodation. The 74-year-old sleeps in the garage instead. Because Elon Musk doesn’t value luxury goods, Maye Musk explains.

In an extensive article in The Times magazine about Maye Musk, mother of entrepreneur and billionaire Elon Musk, the 74-year-old tells how she stays with her son when she visits him. Despite Musk being the richest person in the world, Maye Musk says he doesn’t care about possessions “at all”. Their accommodation is accordingly spartan.

When she visits her son in Texas, where Musk’s space company SpaceX is headquartered, she has to “sleep in the garage,” Maye Musk said. “You can’t have a fancy house near a rocket site,” she said. Elon Musk himself said in April that he “doesn’t even have a house right now” and “lives with friends”.

Talking about her son’s dreams of sending people to Mars as early as 2026, the native Canadian said that, unlike Elon Musk, she couldn’t imagine traveling there herself. “They have to prepare and isolate for six months and I just don’t like that.” At the same time, she reassured, “But if my kids want me to do it, I will.”

In the Times article, the 74-year-old also reflected on the “tough times” after her marriage to Errol Musk ended in the late 1970s. “Tosca and I joked recently about how we all lived in a one-bedroom apartment for a year,” the model said, referring to her daughter Tosca Musk. “Long after I left my marriage, I had a stomachache. I was so afraid that I wouldn’t be able to feed my children,” added the mother of three. That has changed. In the meantime, no one in the family has to worry financially.

Family travels to Balmoral Brits worry about queen – doctors sound alarm 09/08/2022, 2:18 PM Queen Elizabeth II’s health has not been great for quite some time. Now, however, even the new British Prime Minister, Liz Truss, says “the whole country” is “deeply concerned”. Doctors have been monitoring the 96-year-old since morning. When she named…

Foo Fighters commemorate drummers Hawkins’ 16-year-old son leaves fans speechless 09/05/2022, 10:06 AM (updated) In March Taylor Hawkins, drummer of the cult band Foo Fighters, is found dead in a hotel room. Shock and sadness run deep. After months of silence, the band returns to the stage with a huge memorial concert – but the… The fan-favorite video game about professional wrestling has returned, this time with even more features. The latest version has a slew of new and intriguing features. Get the answers you’ve been looking for in our latest update. Contents1 How To Get People To Like Is WWE 2K22’s MyGM2 What Can We Expect From WWE 2k22?3 WWE…

Men don’t take off anything, girlfriends scold and Mario Basler comfortably blows the smoke from his fluppe into the Bocholt evening air. Curtain up for the new chaos flat share! What, another year has passed? Yesterday we saw – at least felt – Mola Adebisi, Mike Cees and Jana Pallaske in the “Summer House of…

registration of the children William travels to Scotland without Kate 09/08/2022, 5:27 PM Queen Elizabeth II’s family rush to Balmoral Castle in Scotland after the dramatic news from the doctors. Duchess Kate, meanwhile, remains in the capital with the children. The descendants have an important appointment there. While Prince William and other family members travel…