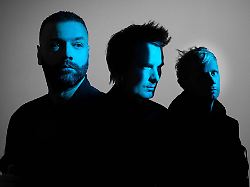 Vibrant synths, rock-solid guitars and melodies for the masses: Muse provides the right soundtrack for the worldwide walk to the abyss with their ninth studio album “Will Of The People”.

Muse has been one of the international spearheads when it comes to musical metamorphoses for almost 30 years. After nearly every new album, fans of the previous studio work shrug in confusion, as newcomers and career changers raise their arms in joy. Also in midsummer 2022, the men around drama prince Matthew Bellamy will not deviate from their chosen roller coaster course. Music lovers, who enjoyed dupstep 80s memories four years ago, hear a lot these days.

Aside from the synth-heavy dance floor hop “Compliance,” all of the new album’s precursors rattle through the speakers with a distorted force, instantly reminding those familiar with the band’s history of the early days. Starting off with rowdy elegance, “Won’t Stand Down” eventually mutates into a modern metal monster. The impulsive title track winks at Marilyn Manson. Grooving industrial vibes meet enduring harmonies.

Dive into the death metal drawer

Muse raises the bar with the fourth single “Kill Or Be Killed”. While the doom sirens wail in the background, Matthew Bellamy turns his extroverted guitar playing inside out and mercilessly shoots in all directions. Does it feel embarrassing when a band like Muse ends up in the Death Metal category and breaks down everything that stands in the way like a slow sound bulldozer? No, just the opposite. The musical free spirits of the island make music here at one of the highest peaks of their creativity, completely freestanding, open like a barn door and captivated by a joy of playing that is normative.

The rest of the album presents itself as colorfully as the ball pool at Ikea. The distorted guitar moves a bit more into the background. But that doesn’t change the consistently high energy level. Again, Muse plays all their cards. Matthew Bellamy ennobles Freddie Mercury’s brilliant deeds with the pompously staged Queen homage “Liberation”. The nervous “Euphoria” lives up to its title. Glittering guitar effects are combined with frenetic elements from the electro-pop department.

Two fillers for a short breather

“Ghosts (How Can I Move On)” is a pathetically escalating piano ballad that leaves a big impression even without instrumental bombast. Only the wearily oscillating “Verona” and the totally overburdened sci-fi pop spectacle “You Make Me Feel Like It’s Halloween” send the listener out for a short breather.

With their ninth studio album, Muse barely misses the top of their own discography. Dancing in content to a global commitment and sticking their fingers in all still gaping wounds, the trio ignites a colorful firework of sound for the end of the world. Again the band with the door invades the house. “Will Of The People” is fodder for the critics who have been trying to force the band to stop development for decades. But muse do what they want. Well done.

Quarrel on the anniversary of the Queen’s death Harry would have been beside himself 9/23/2022, 6:08 PM What Happened Behind the Scenes in the British Royal Family Around the Death of Queen Elizabeth II? This continues to fuel speculation. Now there are rumors of a heated discussion. Involved with him: Harry, William and Charles. The…

Stylish in black First image of Queen’s tombstone revealed 09/24/2022, 8:31 PM The deceased queen was buried for a few days. Now, for the first time, a photo of the tombstone is published. Not only the queen’s name and life dates were noted on it. A few days before Windsor Castle reopens to visitors, an…

“shortest skirt in years” Gwyneth Paltrow wears what she wants 9/4/2022 1:23 am Age is just a number. Gwyneth Paltrow also follows this credo. The actress will soon be celebrating her 50th birthday and has not even thought about changing her appearance. She doesn’t follow any rules when it comes to her outfits. Actress Gwyneth…