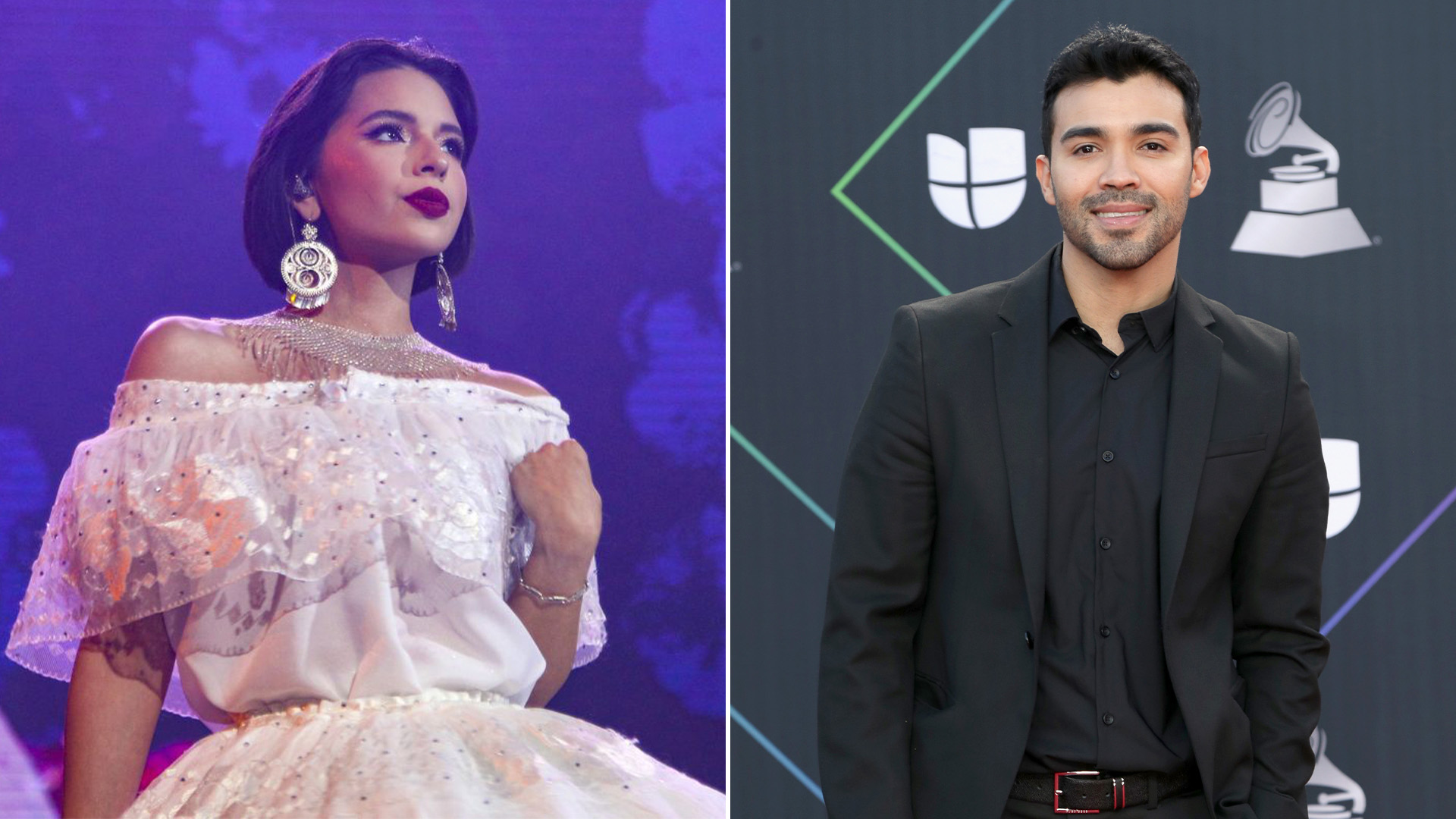 Although the composer has been open about the relationship, Angela has kept quiet about it (Photos: CUARTOSCURO/Getty Images)

The success of Christian knots, Here below, is one of his most popular songs and has garnered thousands of views and downloads across digital platforms. But this achievement is not only the product of the talent of the “mariacheño” exponent, but also by Sinaloan composer Gussy Lau who wrote and played the popular theme music.

Because of this, the musician received the SACM 2022 Success Award for the second year in a row for the song that Nodal includes on his album Ay ay ay!, from 2020. On the blue carpet at this event, the composer spoke about the inspiration behind the creation of the songs where they see me Y he disguised himselfHis songs that have become popular in his ex-girlfriend’s voice Angela Aguilar.

“I was inspired by Ángela to compose them. At the moment I didn’t make any songs for it, I just wrote down some phrases, ideas, nothing more and nothing special; in the last two months,” said the composer, who is also part of the team of musicians who work together in the music studios of Pepe Aguilar, his former father-in-law. When asked if he was still in love with the so-called “princess of the Mexican region,” the composer bluntly said yes “Yes!”. However, Gussy Lau expressed feeling betrayed by someone in his inner circle. And it was a few months ago when pictures were circulating the internet that he appeared to be very fond of the regional singer.

These images were screenshots from Instagram Stories that had limited sharing with his “close friends,” so their leakage on social media was “a betrayal” for the composer. 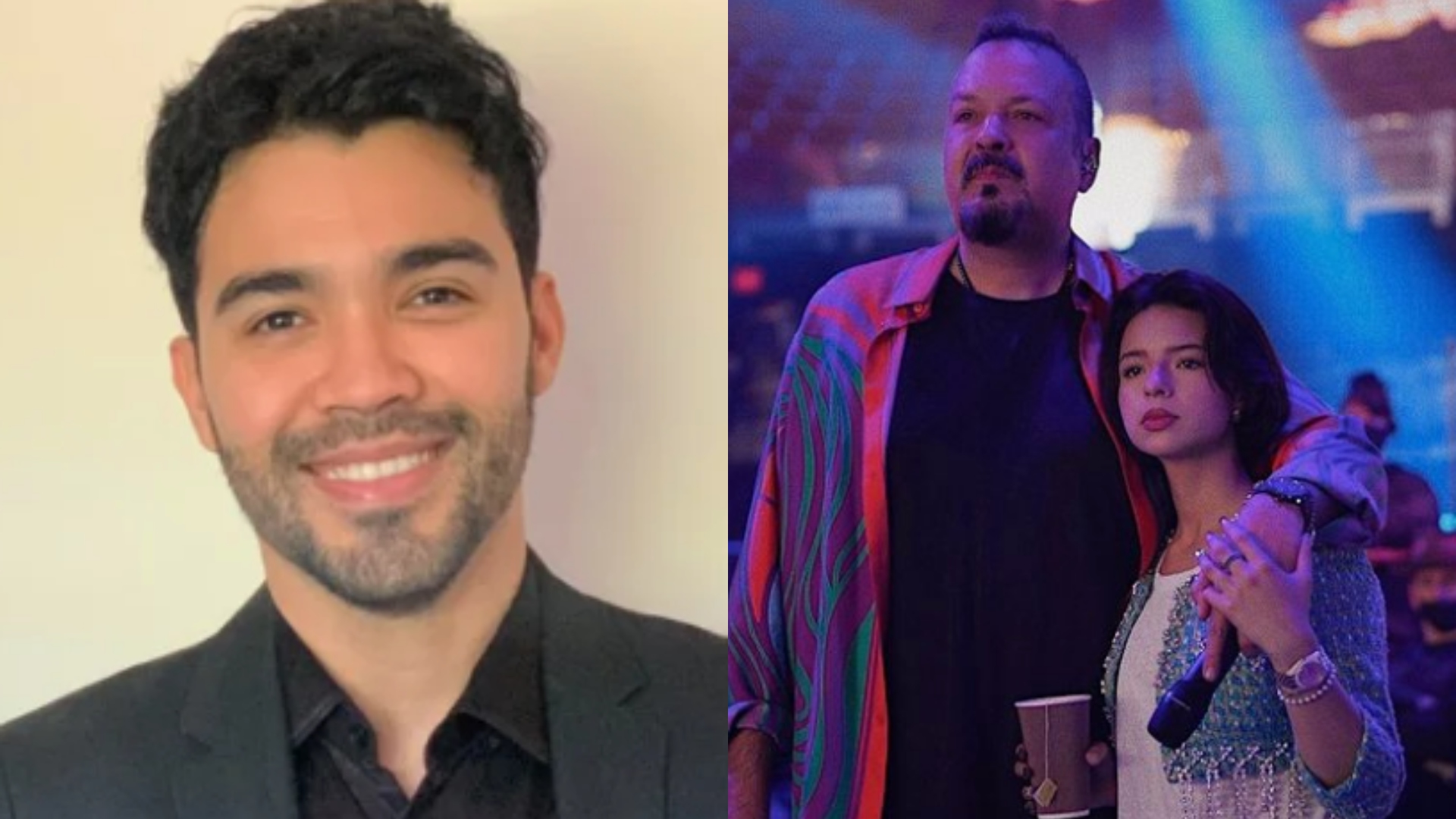 The relationship caused controversy because of the 15-year age difference (Photo: Society of Authors and Composers of Mexico/IG Angela Aguilar)

At that meeting with the press, Gussy added that while he did not immediately end his courtship with the minor of the call Aguilar dynastythey eventually distanced themselves and the separation took place:

“It’s better to have a heart in a thousand pieces, but a conscience in one piece, we know we did things right. That was strange to me. Whoever says I leaked it, I would never do it. And nothing, nothing else is learning. After the breakup, detachment is better, to be in full maturity there is no point in continuing,” the author says.

The award-winning musician said he has composed more than 30 songs by himself and in collaboration with Leonardo Aguilar, his former brother-in-law. “The publisher takes them out. The video clip is already there youtube sing by Angela he disguised himself. And yes, thanks to Pepe Aguilar, one of my songs made it onto Intocable, don’t talk to me about love and another with Camila missing,” he added. Regarding the versions that ensured that Gussy could lose job opportunities In a perceived retaliation from Pepe Aguilar after the controversial romance became public, the musician responded. “No, it didn’t affect my work. The truth is no.”

Gussy also expressed his feelings about his relationship with his ex, clarifying that the estrangement was “for the best” so everyone went their own way.

“That was a long time ago, 5 to 6 months. I’m more relaxed, calmer is not my favorite subject. And the best part was the distance between us and As mature people there was no point in moving onbefore this disorder because only a very small circle of me knew about our relationship and from her”.

Gussy Lau recalled his scandal photos with Ángela Aguilar: ‘It hurt me that they attacked her like that’
Pepe Aguilar revealed if he will continue working with Gussy Lau despite controversy with Ángela: ‘He’s very talented’
Gussy Lau would have dedicated a song to his ex Ángela Aguilar: “You’re a lot for this loser”

Sep 23 (Reuters) – Avangrid plans to invest around $15 billion by 2025, the US subsidiary of Spanish energy group Iberdrola reported in a strategic update on the occasion of its investor day. The figure drops to $8.1 billion when excluding recently acquired PNM resources. The company also stated that it expects a compound annual…

As with electricity and gas tariff subsidies The government will open a register to view or decline the benefit on the drinking water bill. As in the other two cases, it is carried out using an online form will be available in about 20 daysas confirmed Infobae Water and Sanitation Regulatory Entity (ERAS) sources. The…

The International Tennis Federation (ITF) is the governing body of world tennis. (Infobae) The American players Peyton Stearns Y Elvina KalievaWTA No. 398 and WTA No. 399 each won by 7(7)-6(5) and 7(7)-6(5) to the American in one hour and forty-eight minutes Maribella Zamarripa Y Allura ZamarripaWTA number 275 or WTA number 291 in the…

Reynoso had words of praise for everything Claudio Pizarro had achieved. (Internet) The technical director of Peru national team, John ReynosoHe praised his career as a professional soccer player Claudio Pizarro and cataloged him as the most successful Peruvian in the country. The Inca strategist also mentioned that the “Bombers of the Andes” It’s an…

Lady Camones speaks out about an alleged blackmail by the Bloc Magisterial Bank. (N channel) lady Camones, the former President of Congress of the RepublicHe gave his approval for his departure last Monday. Let’s recall that the plenary reprimanded her with the majority of votes for the content of leaked audios in which she received…