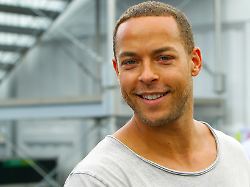 Andrej Mangold is traded as one of the first candidates for the RTL jungle camp 2023. But that is not the only news from the life of the ex-bachelor. The 35-year-old is now introducing a new love interest on social media.

Andrej Mangold’s life is currently marked by ups and downs. Having recently left the Club am Ballermann in Mallorca, which only opened in May, as a partner, he is now said to be one of the first candidates for the RTL program “I’m a star – get me out of here!” be early next year. Now he also makes public on social media that the love for him is going uphill again.

The former “Bachelor” was officially single for almost two years, but in a video on Instagram he now proposes a new woman by his side. And also Annika Jung, presented here, confirms the young relationship with the reality star.

A few weeks ago, Mangold explained in an interview with RTL that it is not easy to get to know someone as a prominent person. However, the 32-year-old Jung is said to have already existed at this point in his life, as the two have known each other since a holiday in Mykonos a year ago, where they were introduced to each other by a mutual friend. “After initially rather sporadic contact, which became more and more intense, we noticed a few weeks ago that our meetings are now much more than just pure friendship,” the newspaper “Bild” quoted the former basketball professional as saying.

Annika Jung herself, however, is not entirely unknown. After all, the influencer can refer to more than 500,000 subscribers on Instagram, where she advertises various products. The Munich native describes himself there as a “digital creator”. Mangold, on the other hand, prefers to describe her in “Bild”: “Anni is a smart, beautiful and independent woman who, in her early thirties, is fully immersed in life. (…) It was a great realization for us that finally someone is interested in you as a person.” And the lyrics continue: “I love her charisma, how she smiles, how positive she goes through life and how she makes me laugh every day.”

Andrej Mangold could be seen in 2019 as “Der Bachelor” on RTL, where he gave his last rose to Jennifer Lange, with whom he stayed for a while afterwards. The two even took part in the RTL program “Das Sommerhaus der Stars” together in 2020, but Mangold did not get off well and could hardly collect sympathy points. The reality couple broke up in November 2020.

Great tribute concert in London Colleagues commemorate Taylor Hawkins’ 09/01/2022 10:24 am In the spring, Foo Fighters drummer Taylor Hawkins dies suddenly and unexpectedly just after his 50th birthday. There’s a star-studded concert in his honor next weekend at London’s Wembley Stadium, which can also be followed from Germany. In March of this year, Taylor…

Fie, spider! Uninvited guest climbs on queen’s coffin 20-09-2022, 11:21 am Almost everything is perfect at the Queen’s State Funeral celebrations. Finally, the ceremonial was carefully planned. But some things just can’t be planned. And so an uninvited guest causes a stir. Queen Elizabeth II has embarked on her final journey. During a service at…

The “crime scene” in the quick check Bitter pills from Zurich By Julian Vetten 9/10/2022 3:03 PM A suspected pharmaceutical scandal, unscrupulous lawyers and tough detectives with heart form the basis for the fourth “crime scene” from Zurich. Read here whether there is an exciting case behind the accumulation of clichés. What is happening? Their…