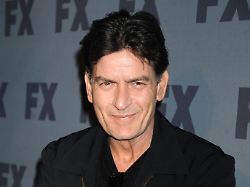 Charlie Sheen’s ex-girlfriend has accused the actor of having infected her with HIV. The dispute has been in court since 2017. Now there is an agreement on compensation of $ 120,000.

The legal battle between Charlie Sheen and an ex-girlfriend is apparently over. The actor infected her with HIV, the woman says. Now the two would have reached a settlement out of court. According to legal documents available to TMZ, an agreement was filed in LA County Superior Court on Aug. 24. Under Wednesday’s contract, Sheen agreed to pay the woman $120,000 in monthly installments of $10,000 each.

The lawsuit has been ongoing since 2017. The woman claimed in the lawsuit that she began an affair with Sheen in 2015. It is said that there was unprotected sex. She asked him if he had any sexually transmitted diseases. The actor would have denied this. The complainant states that he only informed her about his illness after the unprotected sex. He then gave her pills to prevent transmission.

Sheen is not named in the complaint, though. However, on November 17, 2015, the suspect would have made his illness public on national television, which makes it possible to draw conclusions about Sheen. In 2015, the actor first spoke about his HIV status on The Today Show. There, the 56-year-old said he hid the diagnosis from at least two sexual partners. However, Sheen claimed to protect himself both times. The actor found out about the infection in 2011.

An ex-fiancé also made allegations: In 2015, Sheen’s ex-fiancée Brett Rossi also filed a lawsuit in which the 33-year-old said she had sex five times before finding out he was HIV positive. Rossi also claimed that Sheen had infected her with HIV. She was allegedly abused both physically and mentally.

2500 pounds for a corgi The Queen’s Favorite Dogs Win Top Prizes 09/27/2022 10:52 AM Many of the Queen’s official photos also showed her short-legged dogs with pointy ears. Elizabeth II was especially fond of corgis, she even had her own kennel. After the death of the queen, the dog breed is more popular than…

“Comedy police got strict” “Bully” Herbig Wouldn’t Make Winnetou Parody Like That Anymore 9/3/2022 1:29 PM Comedian Michael Herbig thinks it’s right that some things are no longer talked about as they were twenty years ago. Today he questions his parody “The Shoe of Manitou”. However, the justification does not sound very convincing. He is… In honour of her 39th birthday, Trinidadian-born rapper, singer, and songwriter Nicki Minaj went nude on Instagram. The mother of one shared a photo that showcased her killer curves in a birthday suit. KAMPALA | LIFESTYLE UGANDA (https://lifestyleug.com/) — Nicki Minaj, a Trinidadian-born rapper, singer, and songwriter, has gone nude on Instagram  to celebrate her 39th birthday. The mother…

The Dürrs on the charts, Youtubers who burst into tears and the family background of Eric Sindermann: Verena and Julian FM Stoeckel analyze the struggles of famous couples in this brightly colored trash TV colloquium. Underpants that are too tight, couples who don’t even know the color of their eyes, women who publicly expose their…

Comeback at RTL review Karl-Theodor zu Guttenberg follows Günther Jauch. on 23-09-2022, 15:01 hrs Günther Jauch has been leading the RTL annual overview “People, Pictures, Emotions” for 25 years. But in 2022 he will hand over the moderation of the show. He is succeeded by a duo: his old buddy Thomas Gottschalk – and ex-Defense…